The Heads of Government of the CEI Member States or their representatives as well as high-level representatives of international and regional organizations and institutions gathered in Rome on 19 December for the concluding event of the Italian CEI Presidency, the CEI Summit.

Italian Prime Minister, Giuseppe Conte, who chaired the event titled “European integration, regional cooperation and business opportunities”, highlighted that these three elements were perfectly interlinked within the CEI activities and that the concept of connectivity was flawlessly displayed within the varied membership of the CEI in Central, Eastern and South-eastern Europe. Connecting Europe is a priority objective and the CEI’s political and project-oriented approach are the two sides of a same coin which have helped the non-EU CEI countries move towards the EU. The act of dialogue and objective-sharing contributes to uniting the CEI countries in a spirit of good-neighborly relations and solidarity, he said. In this very context, he expressed Italy’s support and solidarity towards the recently quake-affected Albania, thus calling for all Member States to contribute to its reconstruction.

Furthermore, Italy reaffirmed the usefulness of the CEI as an organization aimed at fostering dialogue and integration and that it would always do its utmost to accomplish the common goal by strongly supporting the EU enlargement towards the Western Balkans as well as the establishment of strong and effective relations with the countries of Eastern Partnership. In this context, the Prime Ministers discussed the current challenges the region was facing, in particular With regard to the “EU Enlargement Fatigue”. They stressed that European integration was vital for strengthening the stability, prosperity and unity of the continent. Likewise, they also discussed how to boost economic integration, a complementary process to European integration, opening up to increased business opportunities and conducive to competitive market economies.

EU Commissioner for European Neighborhood and Enlargement Negotiations, Olivér Várhelyi, who participated in the event, stressed that the CEI was one of the best examples of regional cooperation, addressing themes such as economic development, interconnected transport networks, knowledge-based society and civil society, all of which are key to the work of the Commission. He, in particular, highlighted that Europe needs to have a strong and united voice in the world and it needs to play its geopolitical role to the full. Especially in our nearest neighborhood we must engage strongly in pursuit of peace, stability and prosperity. This is in our own interest, and it is also a question of credibility. As regards areas of common interest with the CEI, my intention is to sustain and accelerate progress in the Western Balkans, keeping a credible perspective for future accession. Our commitment to the EU perspective of North Macedonia and Albania remain unchanged.

The Summit also witnessed the closing celebrations of the 30th Anniversary of the CEI and in this regard, while evoking the times of the CEI establishment 30 years ago, the Heads of Government, thanked Italy – one of its four founding fathers – for holding this year’s Presidency, for its continuous political commitment to the CEI as an important cooperation platform; they praised its accomplishments with regard to its priority areas linked to local development, youth, connectivity, good governance and the rule of law, intercultural cooperation and science diplomacy; and thanked the Secretary General, Roberto Antonione for the excellent work carried out during his first year in office.

The meeting was concluded with the formal transfer of the CEI Presidency to Montenegro, to be effective as of 1 January 2020. The Presidency-to-be reiterated its further commitment and announced some of the priorities of its Presidency in addition to the key issue of European integration: good governance, economic growth, connectivity and sustainable development. 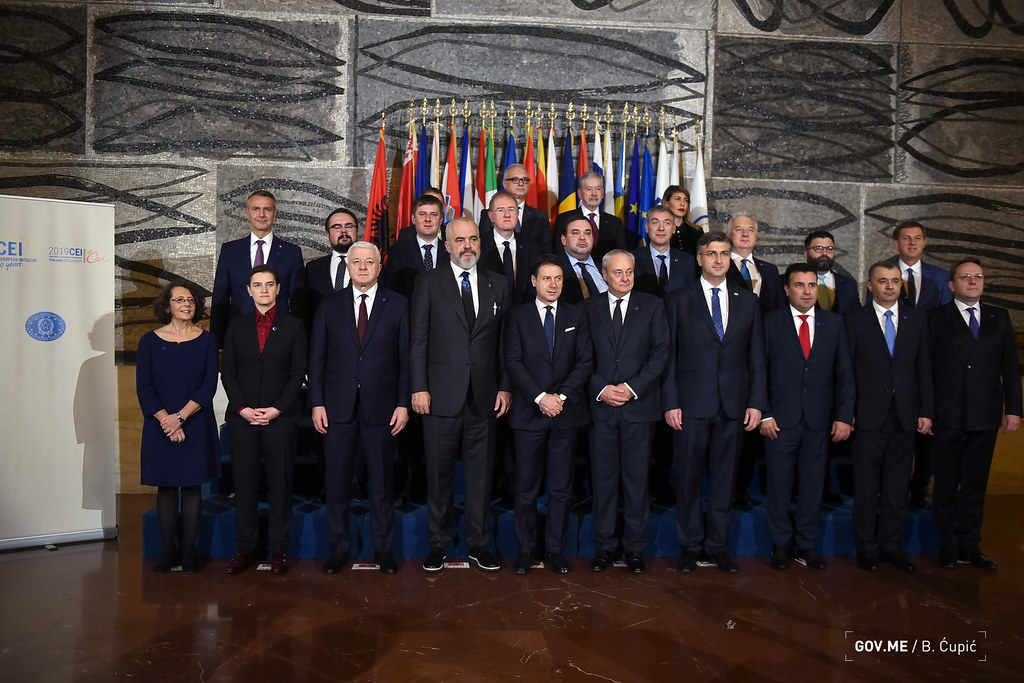