Cancer research, quantum internet and smart home technologies are among the major developments of our time. But which countries are world leaders in research and development, patent activity, high-tech density and everything that comes with fostering innovation? A recent Bloomberg ranking shows the most innovative countries by index value. Germany ranked highest in 2020, breaking South Korea‘s six year streak. The USA is ranked in ninth place, losing one rank compared to 2019.

the definition of competitiveness – The WEF, which has been measuring countries’ competitiveness since 1979, defines it as: “the set of institutions, policies and factors that determine the level of productivity of a country.” Other definitions exist, but all generally include the word “productivity”. The Global Competitiveness Report is a tool to help governments, the private sector, and civil society work together to boost productivity and generate prosperity. Comparative analysis between countries allows leaders to gauge areas that need strengthening and build a coordinated response. It also helps identify best practices around the world. The Global Competitive Index forms the basis of the report. It measures performance according to 114 indicators that influence a nation’s productivity. The latest edition covered 141 economies, accounting for over 98% of the world’s GDP. Countries’ scores are based primarily on quantitative findings from internationally recognized agencies such as the International Monetary Fund and World Health Organization, with the addition of qualitative assessments from economic and social specialists and senior corporate executives.

The ranking includes factors such as research and development expenditures, the number of domestic patent applications and the number of domestic public high-tech companies. Germany scored 88.21 out of 100 possible points, as our chart shows. Singapore and Denmark were the countries most improved among the top 10, climbing up three ranks each.

The most innovative economies in the World 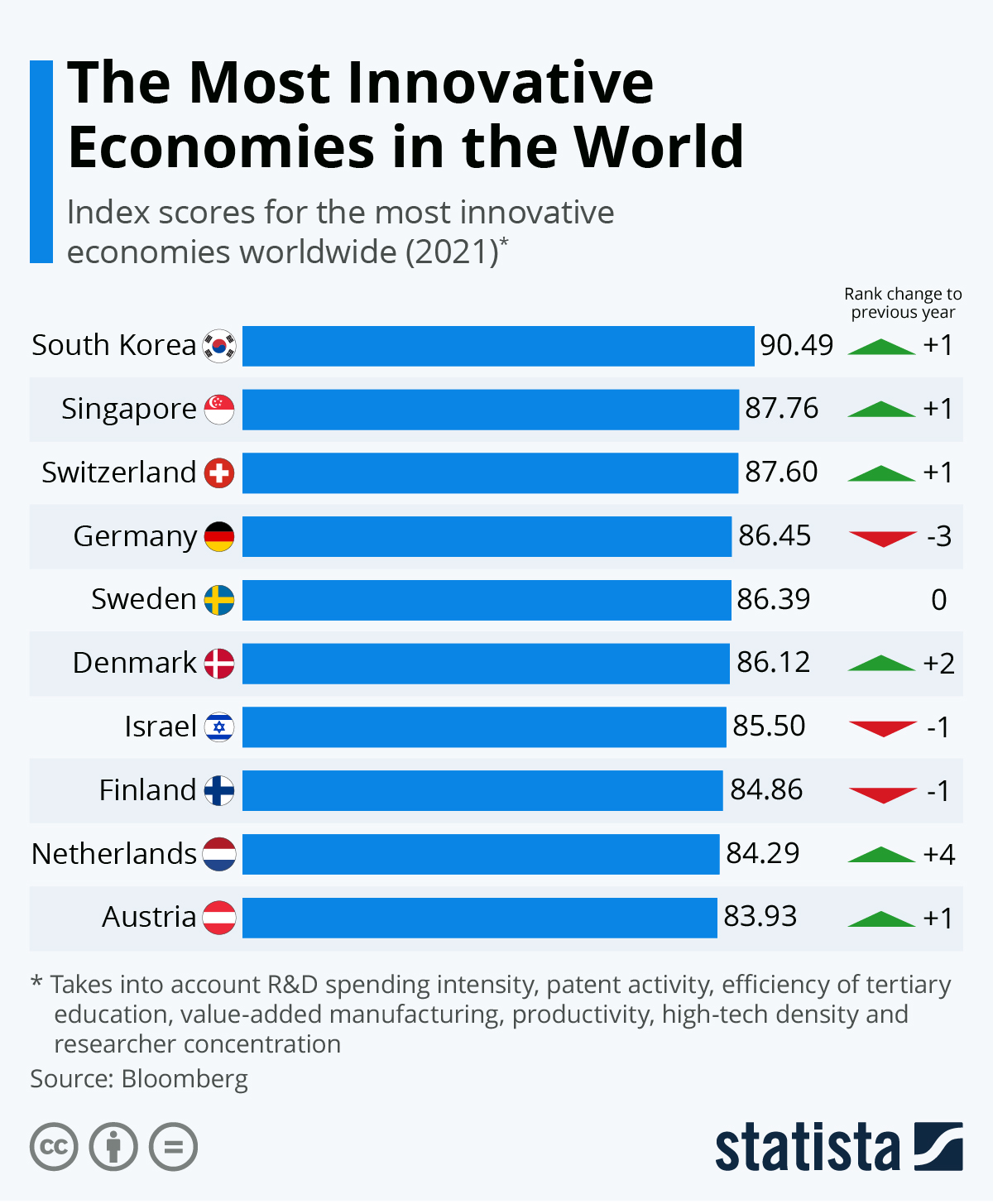